Lots of the magic of Southeast Alaska lies deep within its inside waters; a broken archipelago protected from the outer coast with wild islands brimming with old growth forest, bears and wild salmon runs. Most of this land falls under federal management under the US Forest Service, Department of Agriculture. As it exists today at 17 million acres, the Tongass National Forest is the largest uninterrupted temperate rain forest in the world. With increasing degradation of the Amazon, some say it is also its biggest natural carbon sequester as a result.

At the heart of Southeast and the Tongass lies Admiralty island. Native Alaskan Tlingit named the island Kootznoowoo, “the fortress of bears.” Tlingit people have long lived and traveled these waters and Angoon on the west side of the island exists today as of one of only several remaining predominantly native Alaskan towns in Southeast Alaska. Identity, tradition and culture are present against the trappings of modernity which includes a “damp” designation; lodges and B & B’s can have a BYOB set up but no alcohol is sold or distributed in town.

Amidst its sparse population, Admiralty boasts the highest brown bear density of any geographical area in the world and Pack Creek has become a famous bear viewing destination.

Tongass timber and salmon are coveted resources. One in ten jobs in Southeast Alaska are related to salmon in some capacity. According to the Forest Service, roughly 50 million wild salmon are caught here annually and the combined values of the fishery (commercial, charter and fish processing) was estimated to be $986 million.[1] One simply cannot understand the Tongass without paying heed to the relationship between people, the coastal environment, the forest, salmon and bears that is Admiralty Island.

The Admiralty Cross Island canoe route is a perfect mostly flatwater packraft trip for an intimate foray into the heart of the island. At the tail end of August, myself and two friends got dropped off in Mole Harbor on Admiralty’s east side by float plane. Old time bear hunting guide Alan Hassleborg had an Edward Abby-eque existence in this little nook at the turn of the 20th century with a strong anti-society bent. Later in life, Hassleborg found himself a conservationist and recognized that what brought him to the island originally was the bears themselves.

The route itself was created by Civilian Conservation Corps workers put to work via the New Deal in the 1930s. Trails and three sided Adirondack shelters make for easier portages and camping. 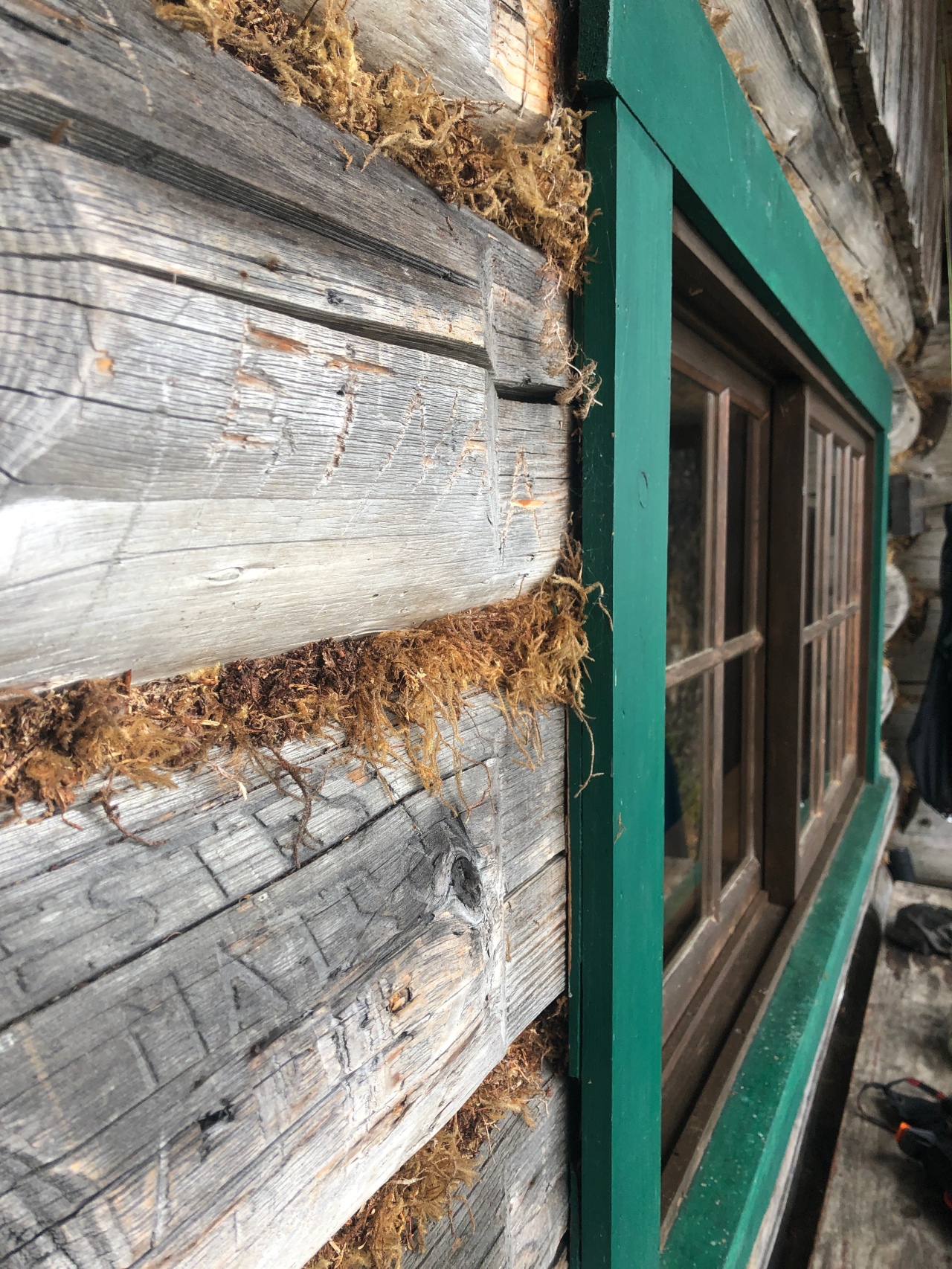 The crux of the crossing lies at the end (if crossing East to West) in the narrows of Kootznoowoo inlet where the massive tidal exchanges of Southeast Alaska can make for up to upwards of 10 knots of current and a wild white water ride, depending on how you time your exit.

Salt Lake forms a natural loch in that at low tide, a salt water waterfall is formed and the classic image of salmon frenzy traveling upward unfolds. This is truly one of nature’s greatest shows of life, death and rebirth.

Angoon itself may seem to some like a pitstop on the tenuous Alaska State Marine Highway System . However, Angoon with neighboring Hoonah on the island of Chichagof exist as a Tlingit heartland where traditions rooted in the landscape are still being practiced. However, like in many places, ancestral stewardship often clashes with neo-colonial pressures.

From the walk to town from the ferry dock, the doors to the dump were wide open. We could see runny bear scat with berries and nitrile medical gloves mixed in as we passed chain link fence. Coming around the corner and looking in was a grizzly scene of trash on fire and ravens pecking atop mounded heaps of plastic trash. Inside the dump, a brown bear sat slumped, it’s flat dirty blonde face morosely looking at garbage. Like many places, Angoon is challenged by the social burdens of modernity that disproportionately impact indigenous communities, the mire of plastic garbage and the struggles of a fishery in decline. These stories are all too common in Alaska.

Despite adversity, Angoon exists as the legacy of the Tlingit community of Kootznoowoo. Down by the waterfront, totems to Raven, Beaver and other animals line the exterior of the community center. As we pulled into town, a truck drove by filled with teens sitting in the bed, the back window represented “Tlingit Pride” in the form of a big sticker. Backyard smokers churned the timeless smell of sweet wood smoke and salmon. Paddling into the harbor across the ripping tide of the Kootznoowoo inlet, dripping with salt and looking as conspicuous as possible, it didn’t take long for us to meet a mother and daughter shopping who helped us to hitch a ride from the former head law enforcement official for town and to meet the mayor out at the ferry dock campground. It sent a powerful message to show up as wet strangers and to have left warm, dry and the beneficiaries of local graciousness. 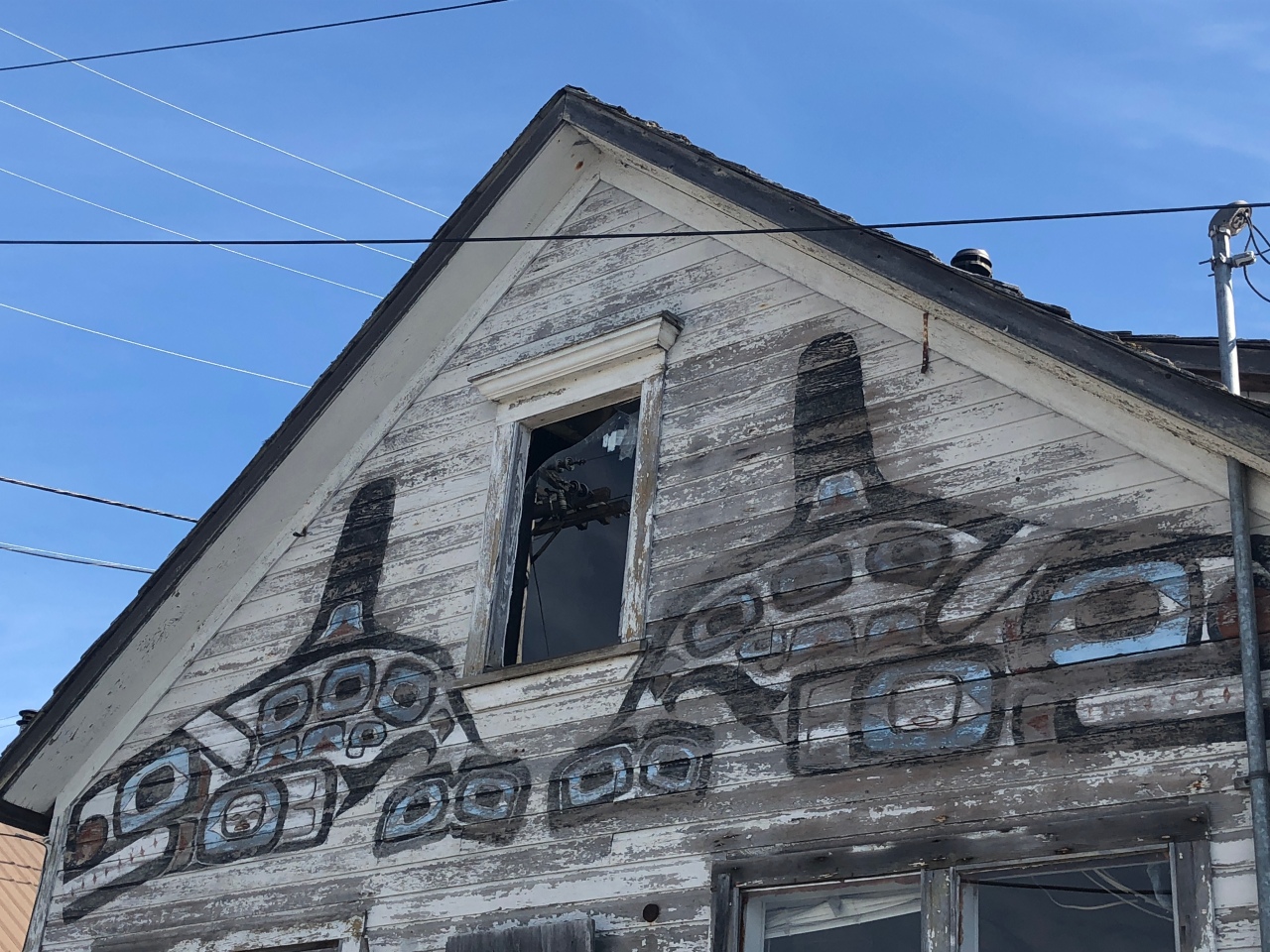 Tenuousness in the Tongass Clean water and healthy forests are vital to the function of the Tongass as one of the last true wild places with essential building blocks for ecosystems intact. These blocks, are at the heart of the battle for the future of the Tongass.

People are telling the story of this place and how it is changing. Haines climate activist, Southeast conservationist and artist Katie Craney‘s work captures the ephemeral natural flows and the stakes for the Tongass. In an interview with the United Nations Framework Convention on Climate Change, Craney shared about how its immediate impacts are perceived by communities:

“Many look at this land and see only dollar signs, while others see vast wilderness, vibrant cultures, and complete, complex ecosystems. The north is experiencing rapid climatic changes. In Alaska, we hear the news on our local public radio station and see images from across the state; we see change happening right outside our front door.”

To cross Admiralty is to cross the forest in time and space. Human relationships to land and each other, the stories of the future of fisheries, megafauna like bears and old growth forests are all unfolding on this wild island in Southeast Alaska. In many ways, the stories of places like Admiralty are more salient now than ever.

Submit a written public comment to the USFS urging them to select the “no-action” alternative on the Alaska-specific Roadless Rule.

[1] For more statistics on the fishery, see: Alaska Department of Fish and Game